Chicago is hands down my favorite city in the U.S. and it is definitely in David’s top five. I really wanted to live here when we first started exploring places to move outside of Baton Rouge. David of course did not want to endure the harsh winters, which I can totally agree with. We are warm weather people. Instead, we’ve made Chicago a vacation destination several times over the last 8+ years.

Our first trip to Chicago was in 2010. I surprised David with a weekend trip for his 28th birthday. One of our favorite bands at the time, Chevelle, was playing at The Riviera Theater. Chevelle is from the Chicago area so it made the visit even more special.  Our second visit was for my birthday in 2011. I had a work trip in the area so David decided to meet me there once my work was finished. And finally, we visited in 2015 for Lollapalooza.

Most of our visits have been in the winter but even with temperatures below 20 degrees and snow on the ground, we never let it slow down our sightseeing itinerary.We really enjoyed our visit to the Field Museum. This was probably our first time to see dinosaur remains up close which was quite amazing. 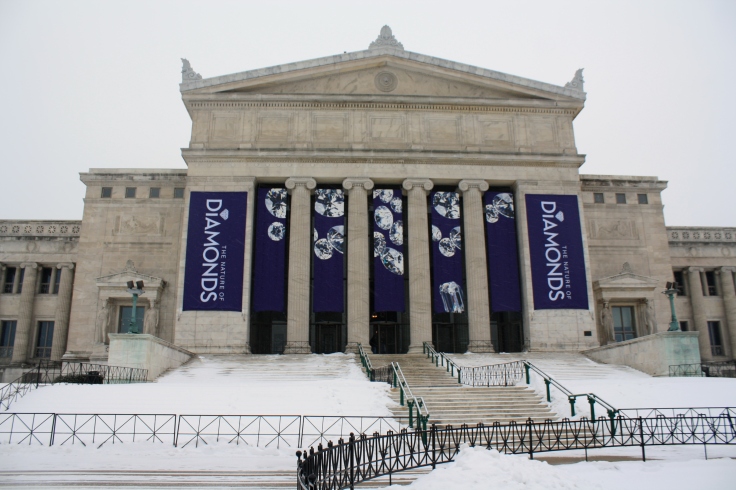 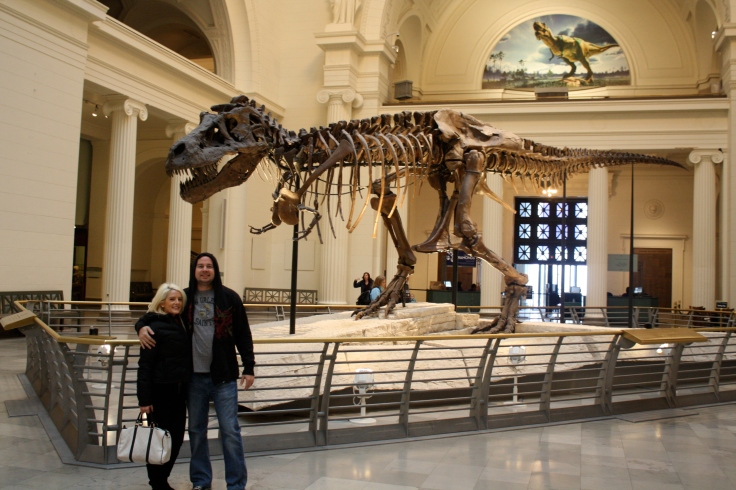 We also visited The Art Institute which has become one of my favorite art museums. I could have spent the entire day there. The art was phenomenal. Plus, the surrounding park, Millennium Park that is, is absolutely stunning. To me, it felt like a true extension of the museum with amphitheater design and sculptures like Cloud Gate. We’ve visited Millennium Park on every single visit to Chicago. 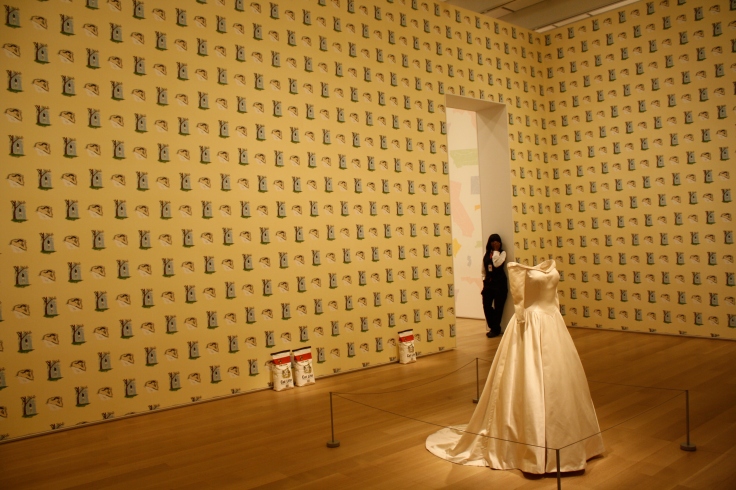 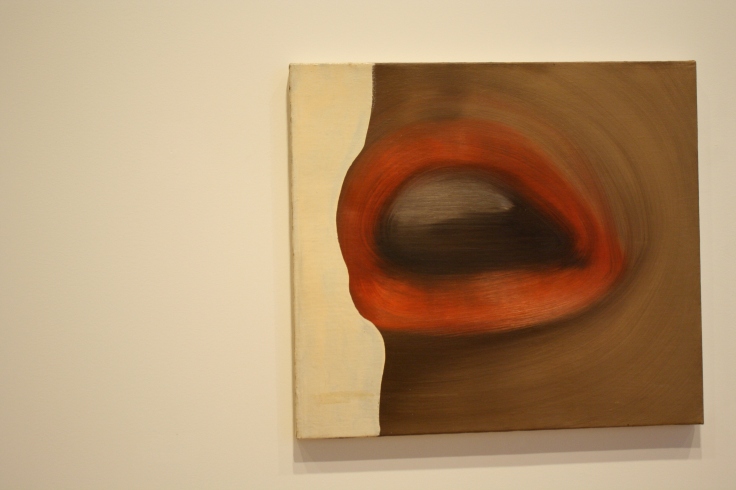 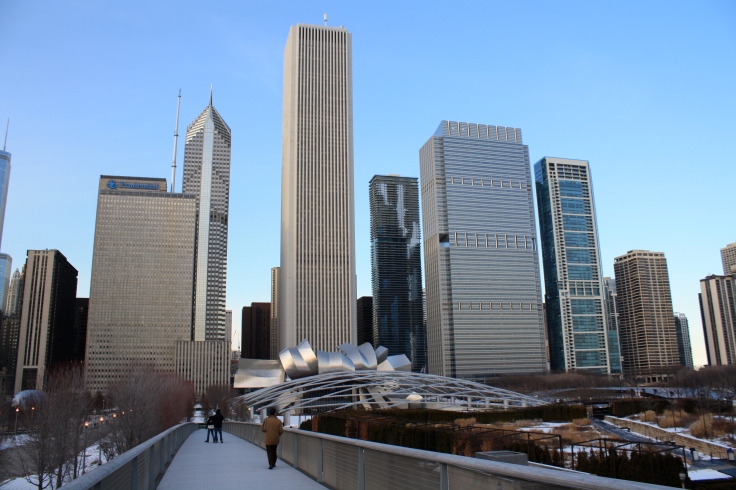 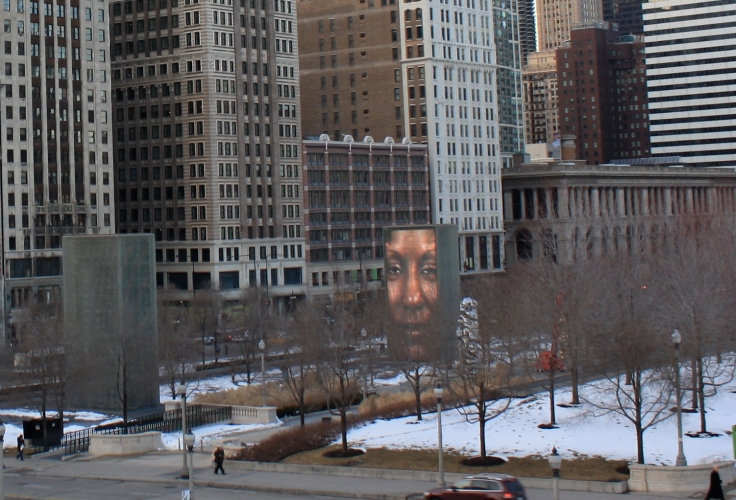 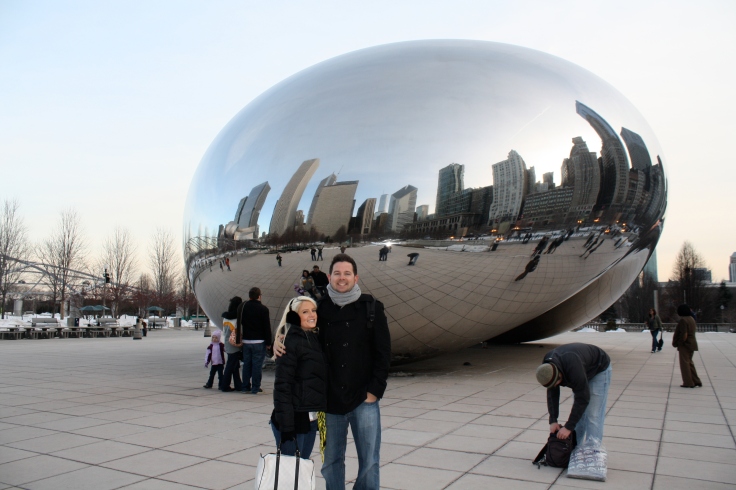 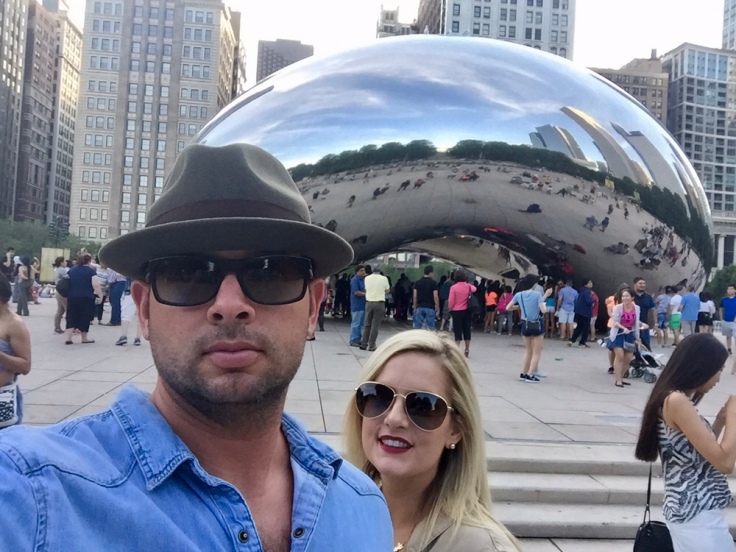 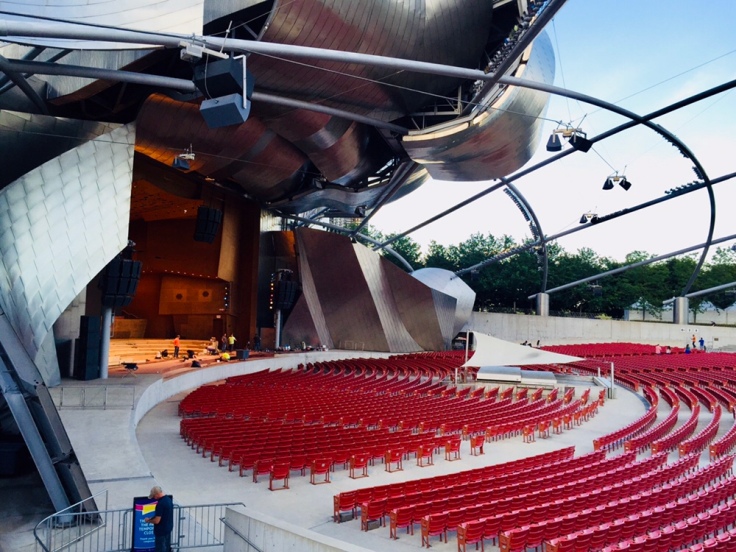 We also loved the Lincoln Park Zoo. While it was a little bit of a trek outside of the city center, it was well worth the drive. Plus, the museum was free which was shocking to David and me. He particularly loved the tiger exhibit. They were very active during our visit which was fun to see. 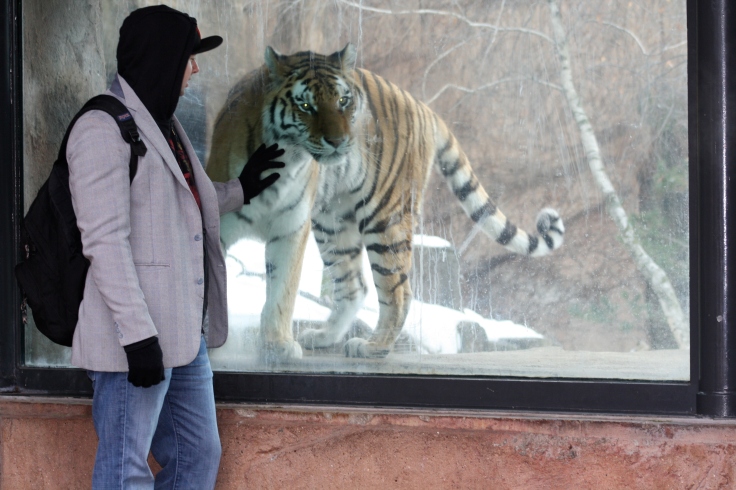 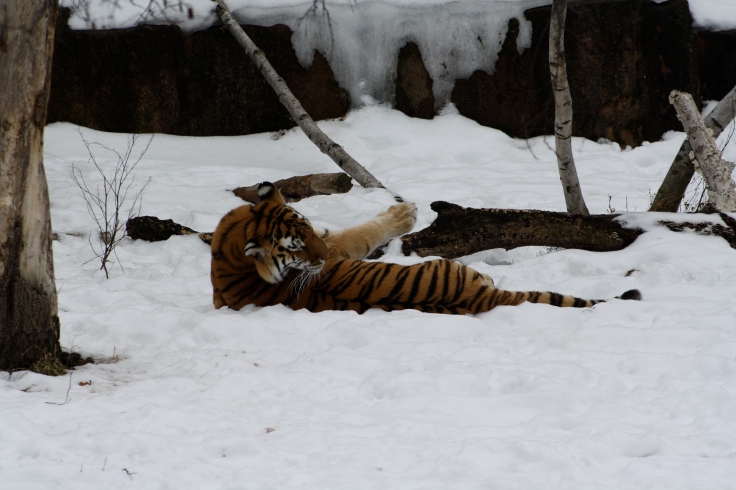 Another favorite was the Shedd Aquarium. I think this is where David’s affection for Sea Otters began. They just looked like they were having the best time ever! The whale shows were great to. We’ve also made visits to the Willis Tower, John Hancock Tower Observatory, Adler Planetarium, Navy Pier and the Museum of Science and Industry. We also enjoyed a Walking Food Tour which was a great way to meet other travels, see the city and of course try some of the food that Chicago is famous for. 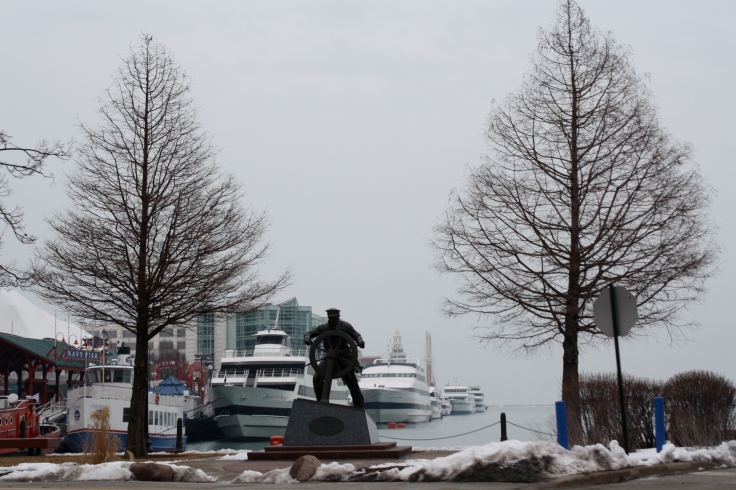 During our one and only summer visit in 2015, we were finally able to take part in some of the outdoor activities in Chicago including a water taxi tour around the center of the city. This was such an awesome and inexpensive way to see the city. The architecture is one of my favorite parts of Chicago and that was the main attraction during the tour. 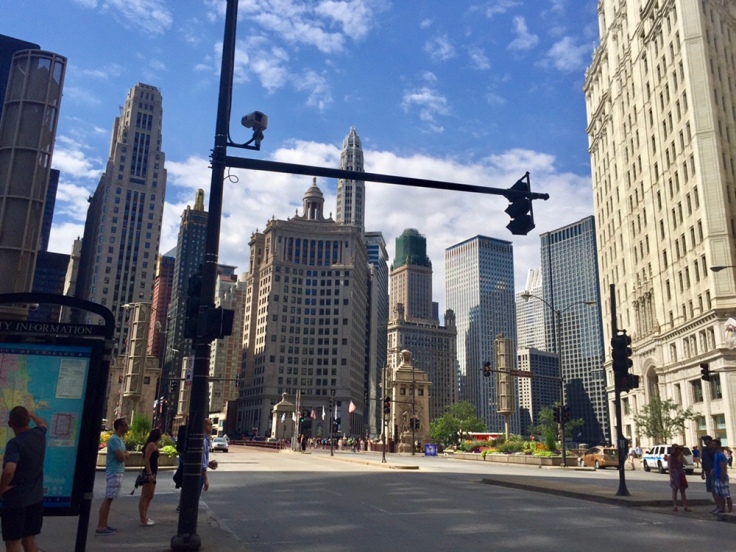 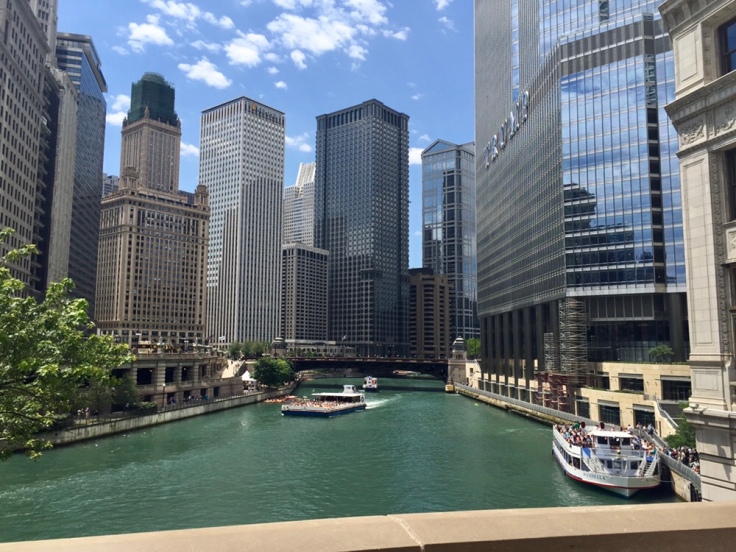 Lollapalooza in Grant Park is unlike any other festival that we’ve been too. The park itself is gorgeous and the skyline in the background make it such a unique combination of music and art. 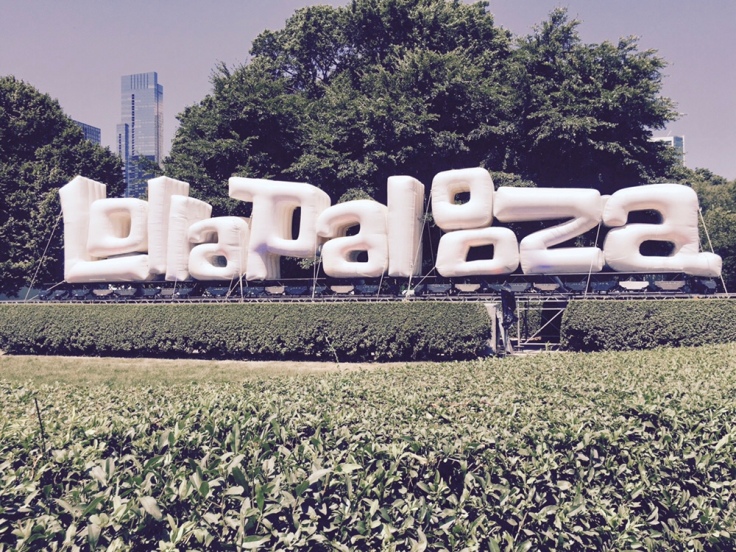 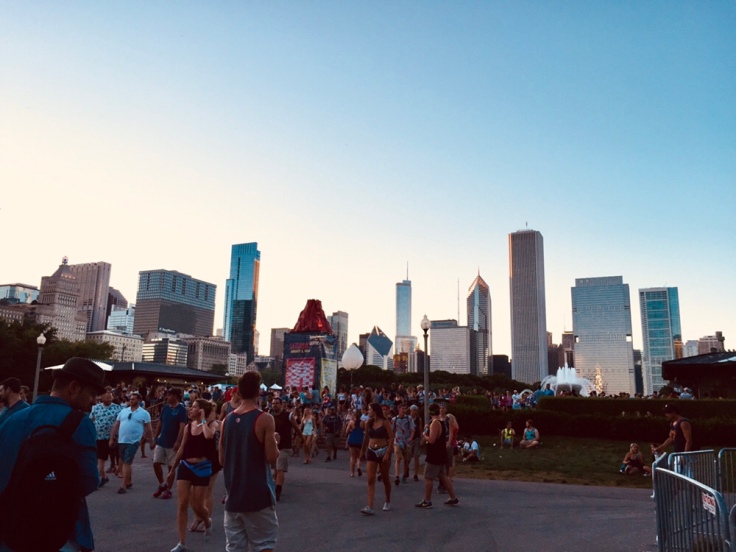 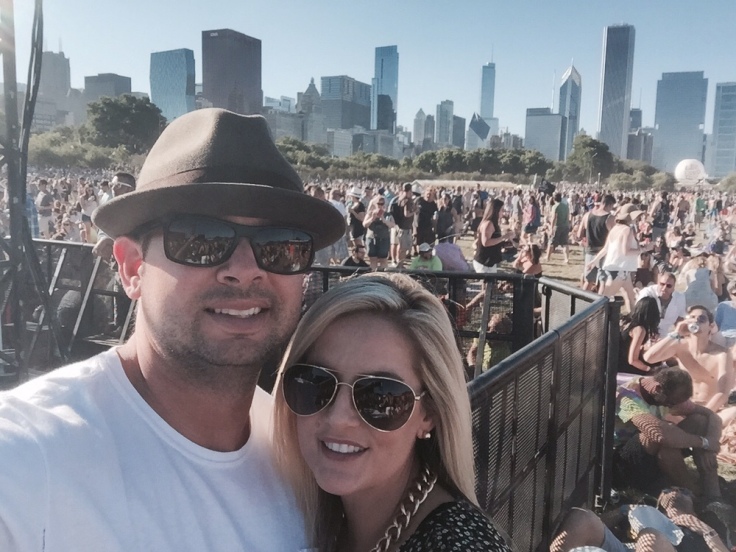 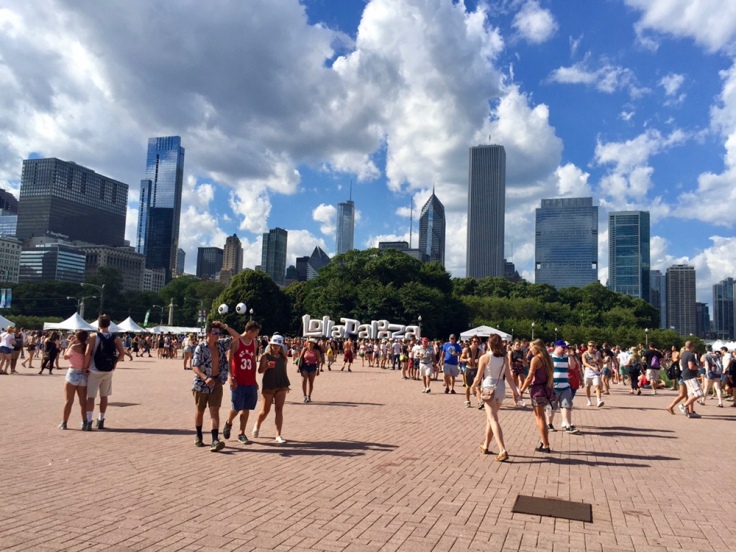 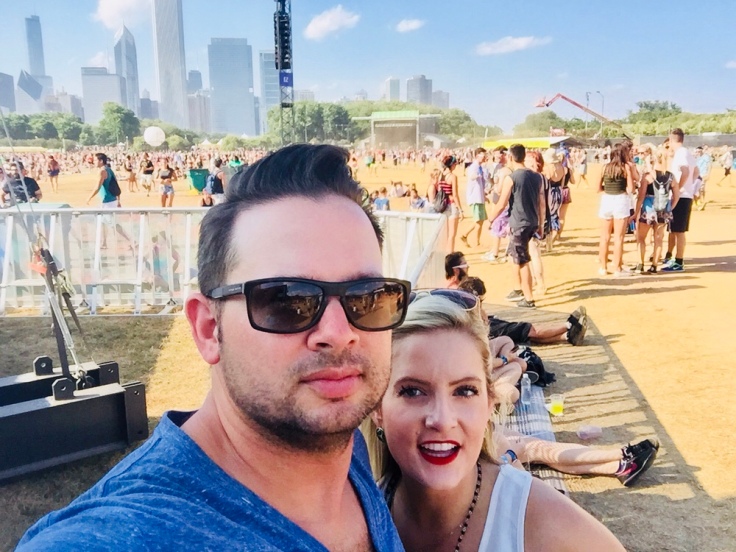 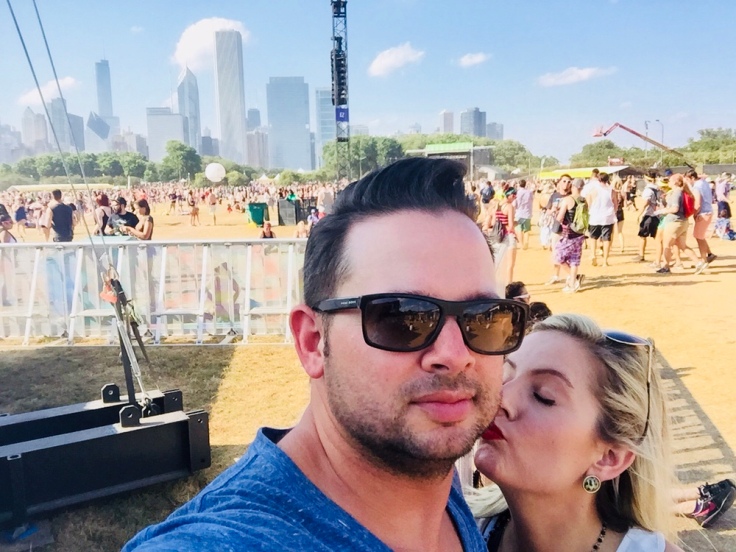 Some of our favorite restaurants over the years include The Girl and the Goat and the Purple Pig (our two favorites), Joe’s Stone Crab, Mexique, Portillo’s and of course Gibson’s Bar and Steakhouse. We were watching the TV show The League at the time so visiting Gibson’s gave us a little behind the scenes view of the show. 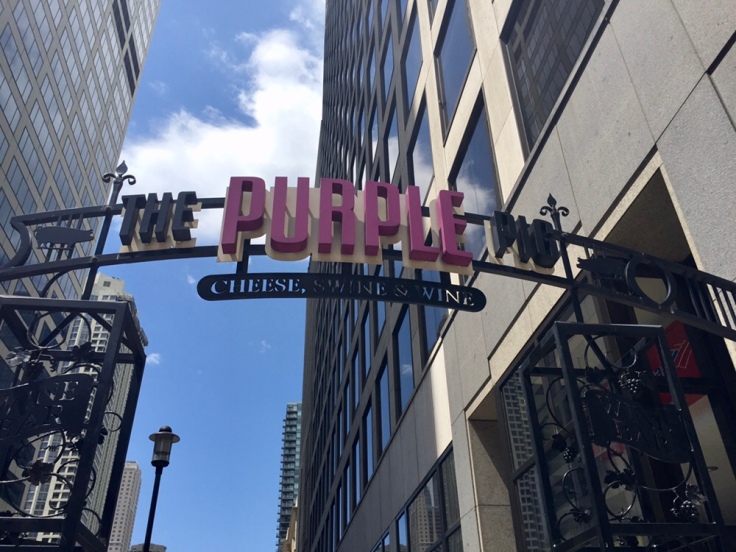 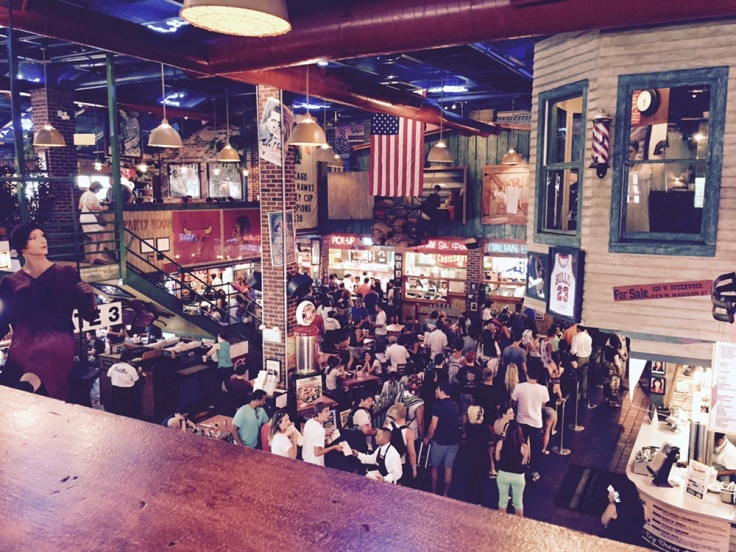 We always make it a point to visit local breweries during our travels and of course Chicago was no exception. We loved our visit to Lagunitas. We did a brewery tour which is hands down one of our favorites still to this day. The tour guide was amazing plus we were able to see the innerworkings of the production facility from a different angle than we are usually allowed. We also visited Goose Island which was fun. We really like their beers, though it has a little more of a corporate feel that other breweries. 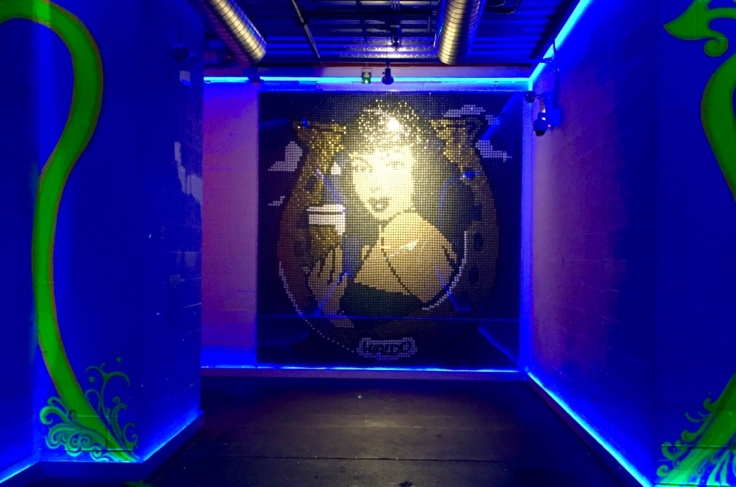 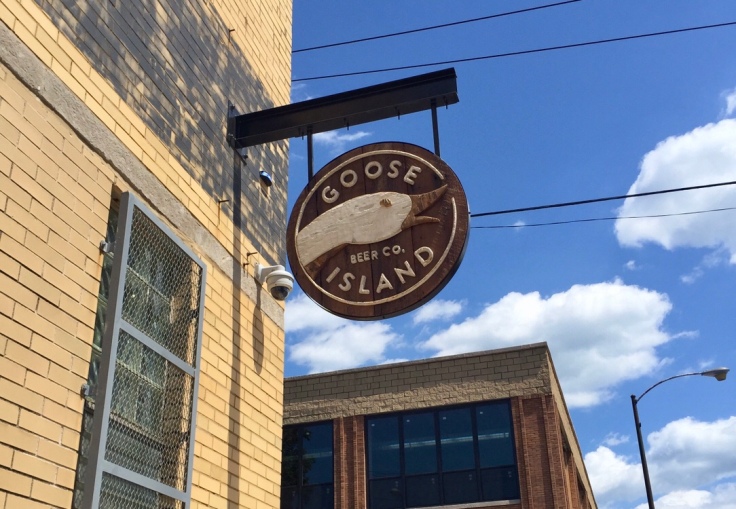 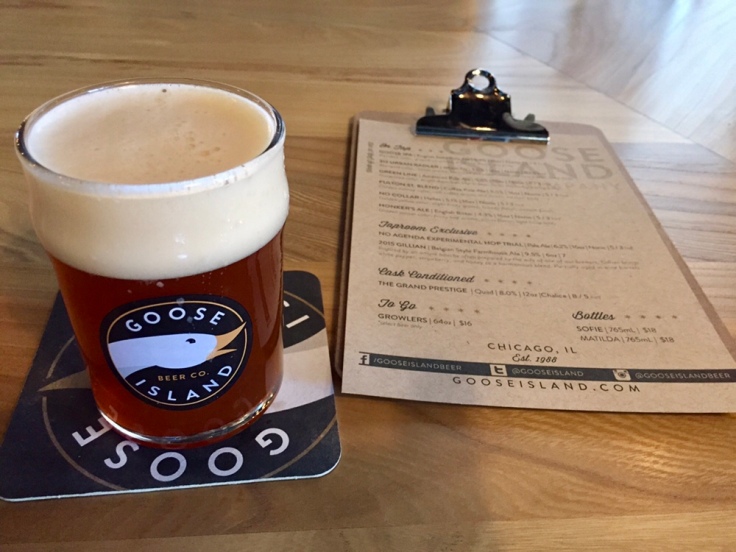 There is never a bad time to visit Chicago. There is so much to see, do and eat in this city it’s no wonder we’ve been able to have new experiences each visit.

This is a text widget, which allows you to add text or HTML to your sidebar. You can use them to display text, links, images, HTML, or a combination of these. Edit them in the Widget section of the Customizer.